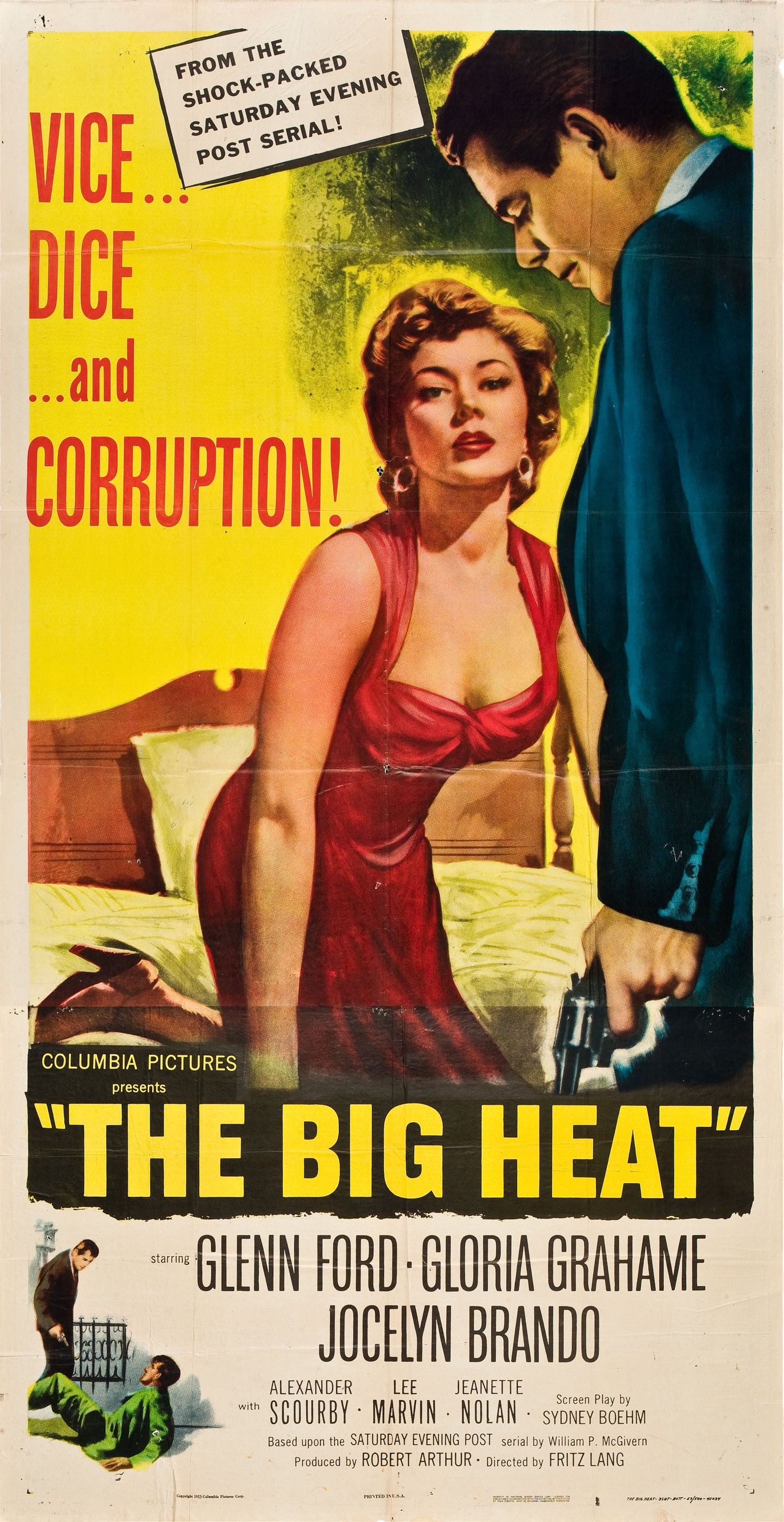 This is the 564th movie I've seen from the 1,172 movies on the "Before You Die" list that I'm gradually working my way through:

Why was it that European directors were the ones to make so many of the greatest noir films - a genre distinctively American? Whatever the reason, The Big Heat provided me with my favorite moment when watching movies - discovering a great film about which I had previously known nothing.

Right from its opening, there is something unusual and captivating about this movie. We're looking over the shoulder of a man in a plush den of a comfy home. He looks at a letter which he has just sealed, and then he commits suicide. His wife runs downstairs. Instead of panicking, though, she calmly takes a moment, looks at the letter, ponders it, and then calls another man with whom she has a cryptic and sinister exchange. Within these few minutes, we get the sense that something very dark is happening here.

Once the wife does decide to call the police to report her husband's suicide, the story shifts its focus to Sergeant Dan Bannion, the detective assigned to the case . Bannion begins to unravel an unsavory chain of corruption and self-interest that tests his will and morality right to their cores. Bannion's tale becomes one of the most memorable crime tales from the classic age that I've ever seen.

The Big Heat is very often classified as noir, with good reason. While one could debate whether it satisfies all of the requirements of the varying definitions of noir, it clearly has much in common with the best of the genre. A vast, looming criminal organization and conspiracy. Not one but two femme fatales. A protagonist caught in the middle of a dangerous maze and desperately trying to solve one murder and prevent others. These can all be found in movies like Double Indemnity, Out of the Past, and other greats. What sets The Big Heat apart is that Bannion is not the disturbed protagonist of those other movies. He is actually a decent man who is trying desperately not to lose self control as he confronts moral corruption at every turn. As much as I love those other classic noir flicks, it was great to see a truly admirable character at the center of the proceedings.

For a film released in 1953, this one was surprisingly dark in a few ways. Whereas other noir movies tend to create their own shadowy landscapes, both visually and psychologically, The Big Heat includes elements of the post-WWII "American Dream" which you might see in a Frank Capra movie. Early on, we get glimpses of Bannion's home life, complete with a loving wife and cute little daughter. Before too long, some horrific things shatter his little slice of heaven and send him down a rather dark path. On top of that, the actions taken by a few of the criminals are especially violent and brutal by 1950s movie standards. Though not nearly as visceral as more modern films, The Big Heat still packs an emotional punch with its exploration of the darker, unsavory aspects of personal and social corruption.

This movie is one that I put, if not exactly at, then very close to the same level as the other great noir movies of the '40s and '50s. I'll certainly go back and watch this one again every few years.