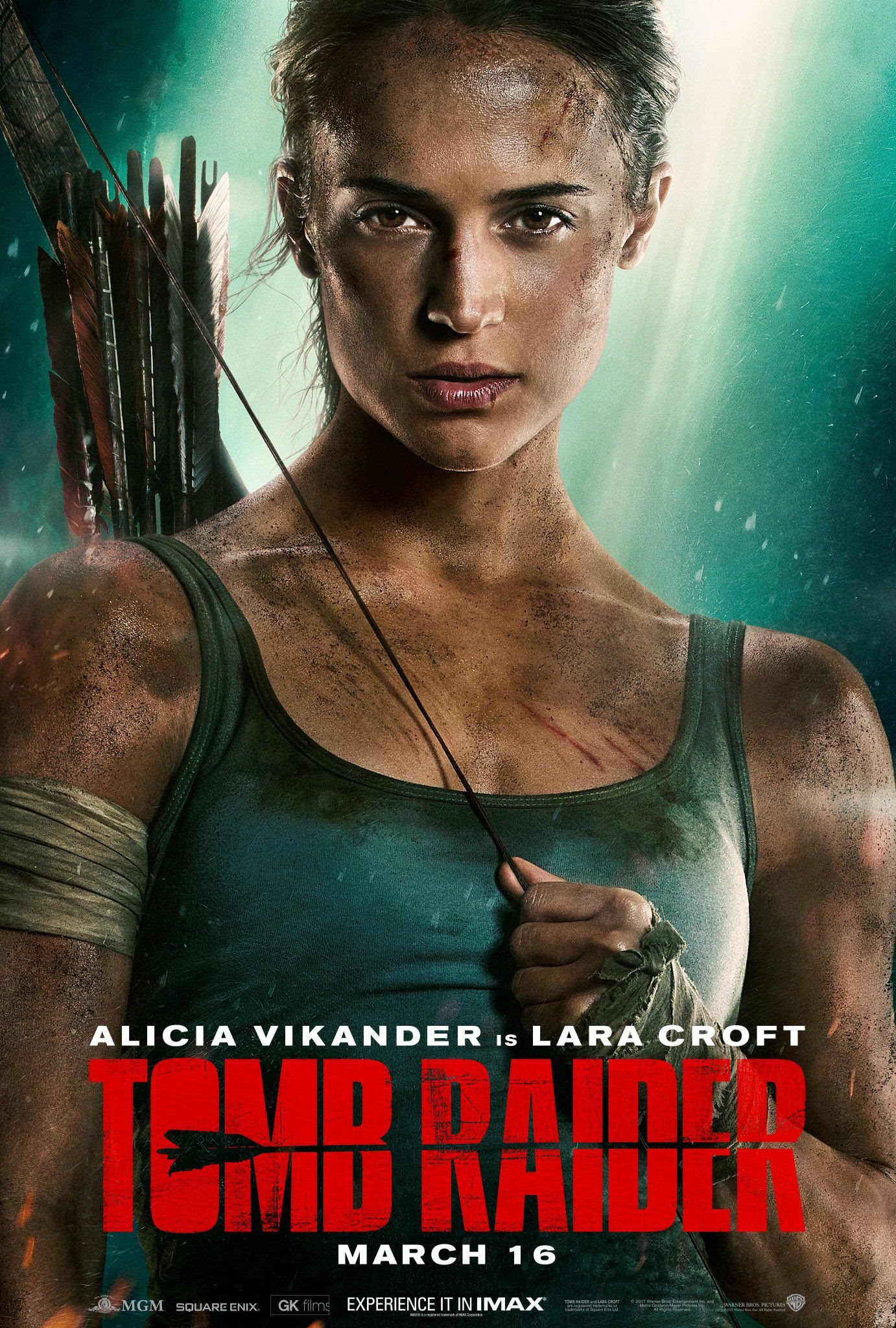 A completely average reboot that wastes some legitimate resources and acting talent.

Like plenty of men now in their early-forties, I played the original 1996 Tomb Raider game on the Playstation back when it was released. It was a fun little adventure/action/puzzle game, if not one that totally grabbed me. I didn't bother with any of the many sequels for a long while. I also didn't bother seeing the two feature films starring Angelina Jolie back in 2001 and 2003, as they looked rather campy and silly. I did, however, play the more 2015 reboot of the video game series, which was actually very well done and quite entertaining. This last interaction with the series, along with my brother-in-law's desire to see the film, is what brought me to the theater to see a movie I otherwise wouldn't have bothered with.

The film tells the story of Lara Croft, an heiress to a billion-dollar business empire who has little desire to claim her vast fortunes. We meet Lara as she tries to scrape out a meager living in downtown London. She is eventually confronted with the unavoidable task of signing documents which will declare her father, who went missing seven years prior, legally deceased, also making her responsible for the family's vast fortune. Lara quickly discovers some cryptic clues as to her father's mysterious disappearance, however, and she jets off to follow his cold trail and learn more. She initially traces her father's path to Hong Kong, and then to a tiny, remote, barely-known island off the southern coast of Japan. There, she discovers an entire crew of captive men being forced to search for some sort of treasure alluded to in little-known legends about a Japanese empress's tomb. Lara becomes embroiled in a game of survival and a race to prevent the potential thieves, led by the cold-blooded Mathias Vogel (Walton Goggins), from accomplishing their goal.

Tomb Raider is ultimately a pretty forgettable attempt to blend the most recent versions of the video game series with a few dashes from the Indiana Jones movies which have always inspired the character. There are a few culprits, but the two obvious ones are a lack of a sharp script and a misguided choice in tone.

The dialogue and character interactions never rise above mildly interesting, and often they are flat-out dull. This has nothing to do with most of the acting. Alicia Vikander and Walton Goggins do as much as they can with the lame dialogue they were given to work with (Dominic West, who plays Lara's father goes overboard, though). The film also misses out on chances to add a bit more depth to a few characters, such as Lu Ren, the young boat captain who accompanies Lara to the island. The basic idea of the character was fine, and actor Daniel Wu does well in the role; alas, nothing much was done with him to inspire interest in his plight.

The weakness in the script can also be connected to the general tone and approach to the film. About 20 minutes into the film, virtually the entire movie is pure survival adventure, with one cliff-hanger after another bombarding you. Some of the early sequences and set-pieces are actually decent. But when there are laughable coincidences and lame devices connecting one thrill-scene after another, for over an hour straight, it gets old pretty quickly. Some decent levity and comedy might have helped here, but the movie has a fairly humorless tone much of the time. And the occasional attempts at comedy always fall very flat, again due to mediocre writing more than any problems with the performances.

This iteration of Tomb Raider is one of those movies that you'd probably feel fine about watching if you're just looking for a decent, two-hour distraction while channel surfing at home, late at night. But I wouldn't suggest anyone go out of their way for it.
Posted by Scott Hearon at 4:55 PM